Mats Wilander on tennis and life.

Joined Dec 14, 2018
·
1,367 Posts
Swedish multi-slam winner and former world number one Mats Wilander is often mocked here on MTF for his views on tennis, as presented on Eurosport. "Trollander" is an often-used expression on MTF, and even though I would like to defend him (Mats is a childhood hero of mine), I must admit there is more than a little truth to that epithet. In his ambition to be interesting to a lay audience, Wilander often comes up with rather ridiculous statements. Still, Mats was a smart player in his day, and I think he has a genuine knowledge of tennis (how could he not). Moreover, he seems like a really nice guy when interviewed by the Swedish media. Here is a link to an article in the Swedish press about Wilander that I found interesting: 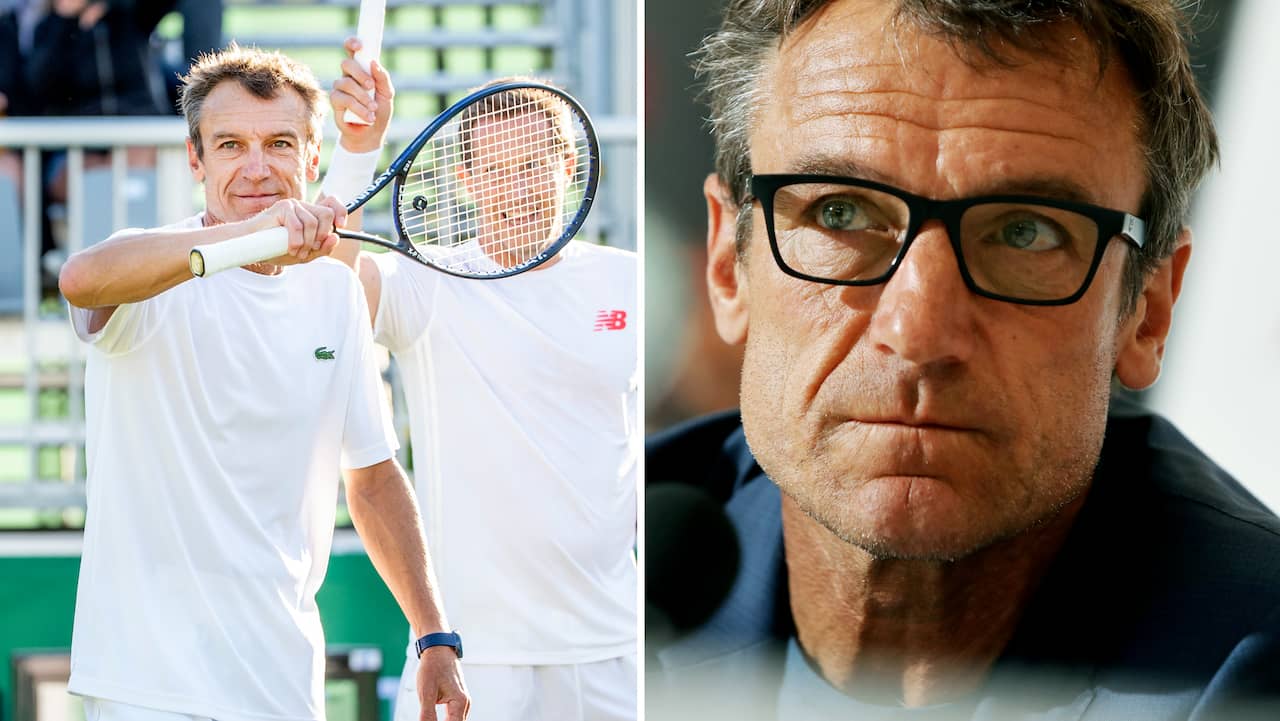 Since only a few persons on MTF know Swedish, and google translate still is not that great, I made the job of translating the article for you.

The life of legend Mats Wilander still very much revolves around tennis. But the deep love for the sport also comes with some anxiety.

"I'm terrified for the day I cannot play tennis anymore", he says.

The Swedish tennis icon Mats Wilander today is a much-appreciated tennis expert and he is seen at the big tournaments all over the world. In the Dplay original documentary, that is aired on December 17, the life of the icon is on display, from his childhood in the small village of Torpsbruk, over the sensational accomplishments as a player, to his life of today.

He tells of his father, working at the only factory of the small village, and that it was here he started to play tennis after a parking lot was turned into a tennis court.

"It was located close to the main railway line, so if you missed by far, which we did a lot, we had to run for 50 meters. Otherwise, the ball ended up on the railway and then it was gone. It was here I learned to play tennis."


Moved for the tennis

At the age of twelve, the family moved to Växjö. That the motive was to give the young super-talent better possibilities to develop no one told him.

"Lately, many people have said, did you know they moved for your tennis? I never knew, they never said, and I think that is incredibly important. That I didn't have to feel that kind of pressure, that the family moved for me to be a great player."
"I always believed we moved because of Dad's work."

The whole documentary is permeated by Mats Wilander's great love for the sport of tennis. And gratitude, you could say.

"When I was a junior, I had no thoughts of going pro, when I was a pro, I had no ideas of reaching for number one, and when I was number one, I had no ideas it would be fun to be a coach."
"It is so fun to get all these chances. I know very little in life, besides being married and a father of four. I know nothing about politics, nothing about mathematics, compared to those who can, but I have the chance to learn everything there is to know about a particular thing, and there is more to find out all the time."

At the same time, he reveals anxiety for the day he cannot play anymore. Probably he won't feel the same for the sport by then.

"The day I cannot hit the ball due to injuries or high age, then I think my interest will fade pretty rapidly. To practice for an hour with a friend who is good, or with my son Karl, that is the absolute best there is with tennis."
"I'm terrified of the day I cannot play tennis anymore."

Joined Mar 26, 2019
·
7,546 Posts
I've respect for his tennis achievements, but he's a lazy broadcaster and pundit. He phones it in on Eurosport, and there's something repellent about seeing Barbara Schett do all the work, all the analysis, and generally be a super broadcasting professional, and then seeing Wilander spout a few platitudes and gurn to the camera. When he commentates, you can tell he doesn't watch much tennis anymore.

I respect the line "I'm terrified of the day I cannot play tennis anymore."

I play with a 72 year old guy and he is still out there slugging away as if he could be sprinting down dropshots... more like he is tactical and places the ball well, but still he has a huge smile on his face when he gets done playing an hour and a half of tennis.

I'm not sure if other sports are the same way as tennis, because Football (soccer) , baseball, rugby, (American) Football , Hockey , etc. really can't be played too competitively at a certain point. Especially the ones where you beat each other up, but tennis is basically a life time sport and all you need is a decent racquet and your muscle memory can do the rest...even if you can't sprint down the ball.

SuperG said:
There is no better ambassador and well liked champion than Mats
Click to expand...

Join the discussion
Continue with Facebook
Continue with Google
or sign up with email
About this Discussion
7 Replies
7 Participants
Last post:
Bakano Dec 18, 2019
Mens Tennis Forums
A forum community dedicated to male tennis players and enthusiasts. Talk about everything from the ATP, NSMTA, to college Tennis and even everything about equipment. It's all here!
Full Forum Listing
Explore Our Forums
General Messages Non-Tennis Rafael Nadal Blog Challengers threads The Federer Express
Recommended Communities