scriabina said:
I'm not convinced that holding the US Open is a good idea, but I will say that if it is held, bringing just one team member along would level the playing field a bit. That could make things pretty interesting! The rich top-ranked players finally will be without the advantage of their egregiously huge teams. I would like to see which high-ranked players are able to overcome that challenge, which ones crumble without their throng of helpers, and which lower-ranked players would shine, since many of them probably only bring one person with them under normal conditions anyway.

Edited to add/speculate further: I think Djokovic and Nadal would probably struggle without their respective teams more than Federer would, unless Federer still needs lots of extra post-surgery physiotherapy. Zverev wouldn't do well without his team as he seems to be sort of psychologically fragile and needs his team to stabilize him. Tsitsipas has the potential to do well without his team there because he is a creative and thoughtful player and is usually in his own world on the court anyway, plus he is young & in great physical condition, but I hope he would bring someone other than his father to avoid family tension - maybe the smug Patrick M would help him? Thiem is another top player I have confidence would do well on his own. FAA I'm afraid would be toast. As for lower-ranked players rising up, that's harder to speculate. Maybe Struff and Kukushkin. I doubt Kyrgios would even show up without fans.
Click to expand...

Nice take & never really looked at who accompanies these players esp. at bigger tournaments. I’m convinced players like Novak r just testing the tennis decision makers to see how far they will bend esp. to the top players’ requests but w/ all the tennis missed this season & other sports resuming, I still see all top players attending USO IF it is to b held.

chilazon said:
The reduced draw creates an enormous asterisk too.
Click to expand...

It would not change much for Nadal, he had a reduced draw last year in Montreal (w / o semi Monfils) and US Open (w / o 2nd R Kokkinakis) 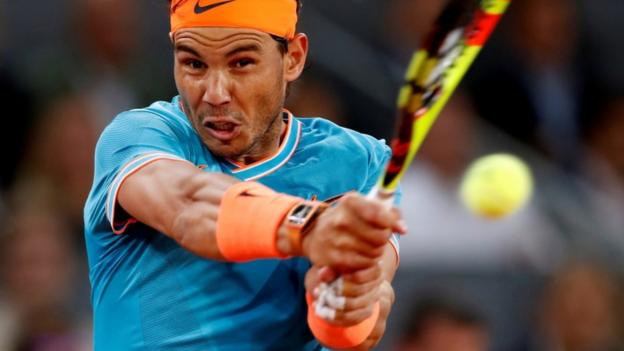 Rafael Nadal says tennis should set a positive example to society, and "wait a little bit" before resuming competition. 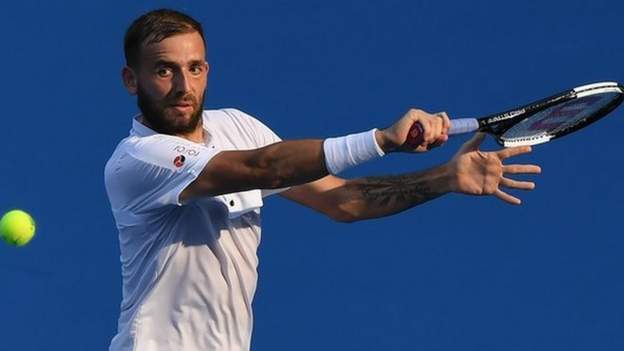 Britain's Dan Evans dismisses Novak Djokovic's concerns over players having just one member of their team at the US Open as "not such a big deal".

Would he like to stay in Manhattan where the riots and protesters are? That's where the players stay (Lexington Avenue).

A cute statement about "sleeping in hotels at the airport". Nice job for dramatic effect.

He doesn't want to EVER be tested, let alone two to three times a week. I assume the new guru will be involved in preventing Novak from catching the virus.

I might agree having one person from the team at a tournament, but that's about it.

florentine said:
It would not change much for Nadal, he had a reduced draw last year in Montreal (w / o semi Monfils) and US Open (w / o 2nd R Kokkinakis)
Click to expand...

Both of those guys are losers.
Rafa is 14-2 vs. Monfils, and the only wins Monfils had were Doha.
Kokkinakis played Rafa at 2014 AO, and Rafa won 62 64 62 despite major hand blisters.

Fact is one match less, that's all.

Otherwise, Istomin never beats Djokovic or Millman never beats Federer ... if they don't play them at Australian and US Open.
P

Joined Feb 3, 2018
·
2,419 Posts
2017 was the year Novak’s delaying surgery of elbow/arm (or taking break from tennis) became evident by WB where he had to forfeit match vs Berdych, then skip USO altogether. Otherwise H2H w/ Istomin is 5-1.
61 - 68 of 68 Posts
Join the discussion
Continue with Facebook
Continue with Google
or sign up with email
About this Discussion
67 Replies
34 Participants
Last post:
Phillo 29 d ago
Mens Tennis Forums
A forum community dedicated to male tennis players and enthusiasts. Talk about everything from the ATP, NSMTA, to college Tennis and even everything about equipment. It's all here!
Full Forum Listing
Explore Our Forums
General Messages Chat Threads Tennis Betting Forum Non-Tennis The Federer Express
Popular Communities