Joined Jan 25, 2017
·
3,711 Posts
Obviously there is poorer recirculation of air inside the mask than outside, so you inhale previously exhaled air.

ne znam ali mozda said:
You know what I meant, it is the used oxygen inside the mask, it is not as fantastic as the real air
Click to expand...

Bakano said:
Obviously there is poorer recirculation of air inside the mask than outside, so you inhale previously exhaled air.
Click to expand...

True. According to studies I read the amount of oxygen in the exhaled air is by c.a. 4 percentage points lower than in the inhaled air.

ne znam ali mozda said:
You know what I meant, it is the used oxygen inside the mask, it is not as fantastic as the real air
Click to expand...

Still don’t know what you mean.

All oxygen has been "used" since the earth had an atmosphere.

All oxygen has been "used" since the earth had an atmosphere.
Click to expand...

I am not comfortable with the terminology but I am positive you get it, and the two posters above you explain it well, indeed. I don't deny anything re covid, I wear my mask when out for supermarket or public transport, but I am not at ease with the idea of wearing it while I am jogging or running.
E

Trump said:
If we stop testing right now, we'd have very few cases, if any
Click to expand...

Maybe he should pay more attention to hospital use and how close some states (AZ and FL) to capacity.

Joined Feb 8, 2004
·
18,683 Posts
They are streaming into the Trump rally, maintaining social distancing in the lines.

Inside, they will sit shoulder to shoulder, exhaling violently at every racist dogwhistle, for 5 hours or more.

PS: six of Trump’s campaign staffers, who presumably spent time in the auditorium, have tested positive.

They predicted 100,000 for the outdoor portion and I can see 15. These numbers are about as far off as Trump’s virus predictions. I was hoping Trump would send out Pence to address the throng of 15, but it looks like they are just going to pretend there is no outdoor portion.

People camped out for a week to be sure to get in! NowTrump is begging for people to come at the last minute.

Trump is going to have to bring back his fist press secretary, Sean what’s-his-face, the dancing liar-for-Trump, so that he can claim the largest rally crowd in the world, since Nuremberg, LOL.

I can’t wait for MOTUS’s lies to explain this disaster. - violent Antifa protestors outside, six moronic staff that got themselves infected and ruined everything, too hot, actually 100,000 of his morons mistakenly showed up last night and didn’t get the memo on the date change.

This is the best night for America in 4 months.

buddyholly said:
And how would the mainstream media know?
Click to expand...

Given that at least one major city is actively covering this up as a matter of policy (and, in turn, risking many more infections) it’d be tough. 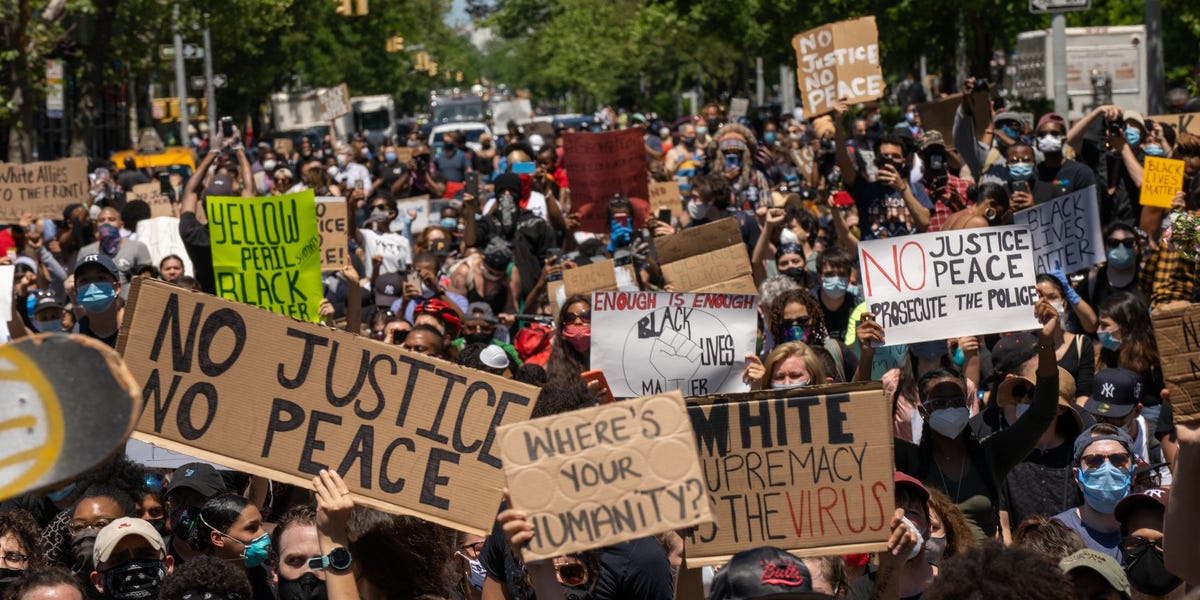 The policy marks a balanced approach between public health and respecting public outrage about police violence against Black Americans.

What they don’t tell you about surviving COVID-19

-Dominator- said:
I don't think they are necessarily unbiased. They (in person of Neil Ferguson) are the producers of the model that laid the foundation for worldwide ultra-strict lockdowns, which turned out to be one of the most inaccurate models you will ever see. Applied to Sweden (a country that didn't follow their advice of strict lockdowns), this model predicted between 80,000 and 90,000 deaths by now with their very strategy (in reality they are below 5,000 with already a significant decrease).


Neil Ferguson himself, who had to resign from his position due to the violation of his own lockdown rules (met with his married lover multiple times while infected with COVID himself), has now even admitted that Swedens policies had roughly the same effect as the British ones (despite not having the strict containment measures he originally propagated as absolutely essential).

I assume they just want to restore a bit of their credibility by framing their study in the way they did, knowing it will eventually result into headlines including the main phrases "lockdown" and "3 Million lives saved" with nobody even bothering to look at the study itself (many probably won't even read the articles behind these headline).

As you've already said, the differentiation between measures in general appears to be very shady and the number of 3 Million is actually related to every intervention implemented until May the 4th and indeed compared to no interventions at all. But this isn't everything and I quote directly from the paper's abstract: "our model [...] assumes that changes in the reproduction number are an immediate response to interventions rather than gradual changes in behavior".
So what is refered to as the "lockdown" in relation to the 3 Million lives saved is actually every intervention before the 4th of May including changes in behavior and is compared to a continous pre- or early-pandemic spread that didn't see any behavioral adjustments (an inevitable and natural occurance that is also completely thrown under the bus by the study).

In short: Saying that lockdowns saved 3 Million lives is a (fact-checked so to speak) lie and not even what the study itself says (even though the results of the studie's modelling also have to be questioned because certain assumptions the modelling is based on are too inaccurate as well).
Click to expand...

Looks like what I described as "shady" without explanation (the non-continuous decline in cases that just looked too ridiculous too be correct by any means), has now also been proved as wrong (next to the other severe flaws in the paper's reasoning that I've already mentioned).

A pandemic of inaccurate scientific work.

Joined Feb 8, 2004
·
18,683 Posts
I think it should be obvious to everyone by now that Covid hit the US at the worst possible time - when an ignorant fool was in the WH.
All these discussions about this and that aspect Seem to lose sight of the actual numbers of cases and deaths. In the US Trump is doing his usual doubling down when he has no idea what else to do. The US does not need a second wave, the first one just keeps getting bigger, due to the total mismanagement of the Trump government.
We now appear to be on the way to where Americans, Russians and Brazilians may have to be barred from entering other countries, such is the risk of their bringing Covid with them.

Trump has caused a much greater tragedy in terms of fatalities, than 9/11
E

Authorities initially said more than 1,550 people had tested positive for coronavirus at the Toennies slaughterhouse in Rheda-Wiedenbrueck, but by Tuesday afternoon they said the exact number was still being verified.

“We will order a lockdown for the whole of Guetersloh county," he told reporters Tuesday. “The purpose is to calm the situation, to expand testing to establish whether or not the virus has spread beyond the employees of Toennies.”

Cinemas, fitness studios and bars will be closed, but stores will remain open and restaurants can still serve customers from the same household. Previously, the western county had only closed schools and daycare centers, sparking anger from parents who said their children were being punished for failings at the slaughterhouse.

Similar restrictions are being imposed in neighboring Warendorf county, where many Toennies workers also live, the state government said later Tuesday. Guetersloh county has about 360,000 inhabitants and Warendorf has some 277,000.
Click to expand...

Joined Feb 8, 2004
·
18,683 Posts
I just watched an excerpt from a Palm Beach, Florida council meeting where they mandated wearing masks in public. Given that Florida is experiencing a surge in new cases and hospitalizations, it was stunning to hear Palm Beach matrons take the microphone and tell the council that wearing masks was against the laws of god and they would all burn in hell.

America has a even bigger problem than I thought.

buddyholly said:
America has a even bigger problem than I thought.
Click to expand...

What problem is that? Free speech? Freedom of religion?

Bakano said:
What problem is that? Free speech? Freedom of religion?
Click to expand...

Rejection of common sense by a large portion of the population. The same portion that considers that by not wearing masks they are showing support for Trump.

Thus the damage from the pandemic will be even more of a disaster than it already is.

By rejecting masks because Trump said to reject them, or because people believe Jesus would not want them to wear a mask, Covid cases are now exploding across the country. The flattening of the curve has been reversed and is now on another upward swing. The US is now in a competition with Brazil for most incompetent government response.

The lack of hospital beds is a problem again. Now that the pandemic has mostly been controlled in carehomes, states are opening too early and new cases are more and more in the younger population. They Crowd the beaches, go to Trump rallies and say they don’t care if they get it, but the evidence is mounting that they will recover and not even be aware that their lungs are now damaged and they can look forward to lung disease in later years.

-Dominator- said:
The actual number of infections is suggested to be something between 5 and 10 times as high as the positively tested individuals and there is a reason for that. Around 80 to 90 % of the infected people probably never had any symptoms or symptoms they connected with COVID, so in the vast majority of the cases it is just a non-validated test deciding about who is considered sick and who is considered healthy, [Donald. J. Trump had it absolutely right from the beginning].
Click to expand...

sheep85 said:
do you have a source to back up that claim?
and for the record, i don't even remotely think this is true.
Click to expand...

-Dominator- said:
Okay, at least we have an explanation now why your evaluation is so far from reality. :lol:
Click to expand...

Looks like when I claimed that between 80-90 % of the infected people didn't notive a SARS-2 infection, I wasn't just right, I was close-to-perfection right.

"85 percent did not notice they were infected" with about half of them having had such mild symptoms that they dismissed them as a cold." 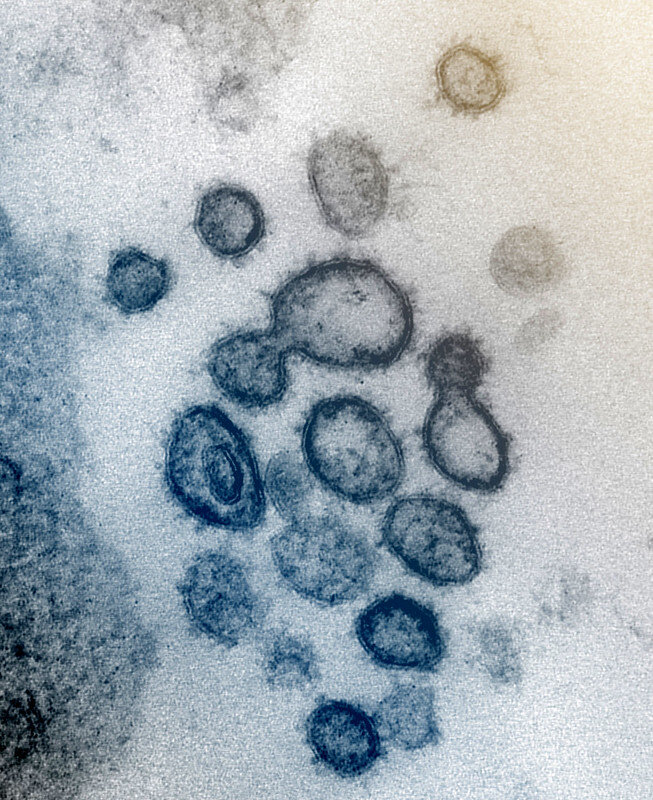 Almost half in virus-hit Austria ski resort have antibodies: study

Almost half of the population of an Austrian alpine resort hit by a coronavirus outbreak have antibodies, indicating they had been infected in the pandemic, researchers said on Thursday.

He can never admit he is wrong, so someone else has to try to rescue the country before Trump has slaughtered thousands more.

Joined Apr 5, 2016
·
4,760 Posts
Masks save lives, but only if the mask is bullet-proof and you are wearing it when Dick Cheney shoots you in the face.


https://twitter.com/i/web/status/1276591702321647616
2441 - 2460 of 2622 Posts
Join the discussion
Continue with Facebook
Continue with Google
or sign up with email
About this Discussion
2.6K Replies
110 Participants
Last post:
ne znam ali mozda 17 h ago
Mens Tennis Forums
A forum community dedicated to male tennis players and enthusiasts. Talk about everything from the ATP, NSMTA, to college Tennis and even everything about equipment. It's all here!
Full Forum Listing
Explore Our Forums
General Messages Chat Threads Tennis Betting Forum Non-Tennis The Federer Express
Popular Communities